How Alibaba is preparing for life after Jack Ma

Hong Kong (CNN Business)Jack Ma built Alibaba into the tech behemoth it is today with a culture and value system inspired by his love of Chinese martial arts.

As Ma retires from the helm of the company, it is building on those values while setting out a new vision for the years to come. The new vision, announced when Ma officially stepped down on Tuesday, outlines Alibaba's desire to be a force for good.

It wants to be "a good company that will last for 102 years," the vision states.

"In the 21st century, no matter whoever you are or whatever your organization is, you should not pursue size and power. You should be good. Kindness is the strongest power," Ma said Tuesday in his final speech as Alibaba's executive chairman.

Preparing for the 'digital era'

The company said its six new values are meant to strengthen its culture for the digital age:

Alibaba's original mission "to make it easy to do business anywhere" has also been updated to include "in the digital era." 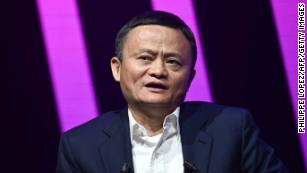 Jack Ma retires from Alibaba as he turns 55. What comes next?

"The current technological revolution will bring about the most profound changes in human history," Ma said Tuesday.

New technologies like artificial intelligence, 5G and the Internet of Things all "want to solve three problems: sustainable development, inclusion, and altruism," he added. "If technology can't solve these problems, then it means nothing."

China and the world

"To stimulate the domestic demand, we need to rely on the market economy, not government regulations," he said.

"If China's domestic demand is not well, Alibaba is responsible."

The company should also use its resources to connect global businesses and cement China's role in the future of technology, according to Ma.

Ma has repeatedly shown his love and appreciation of Chinese martial arts, and said the spirit has inspired him in founding and shaping Alibaba. Much of the company's values stem from Kung Fu techniques created by his favorite martial arts author: Louis Cha, the late Chinese cultural icon.

In 1999, when Ma sat down with 17 co-founders of Alibaba in his apartment in the eastern Chinese city of Hangzhou, they laid out nine core values and named them after "Nine Swords of Dugu," a Kung Fu technique from one of Cha's books.

In 2004, Alibaba narrowed down the values to six and gave them a new name: "Six Vein Spirit Sword."

"If not for you, I wonder if there would have been Alibaba," Ma wrote in a tribute to Cha last October when the author passed away. "Even if it did exist, it could not have been what it is today — tens of thousands of people being crazy together."

A Kung Fu fan, Ma is a practitioner of Tai Chi, a Chinese martial art. He even starred in the Kung Fu movie "Gong Shou Dao" in 2017, in which he defeated eight celebrity martial artists with Tai Chi, including Jet Li, Donnie Yen and Wu Jing. 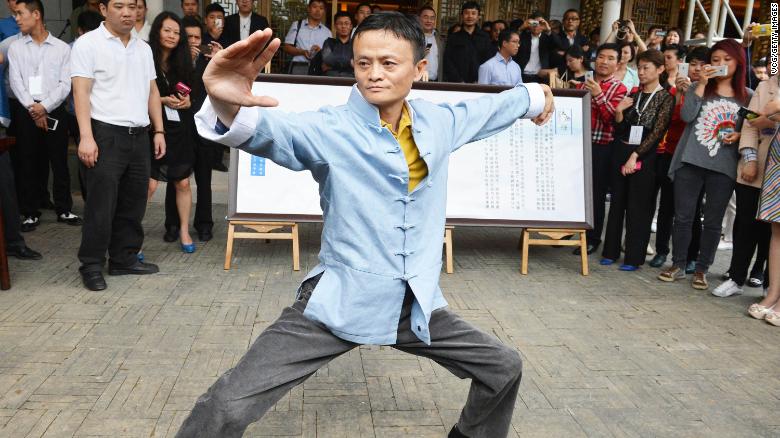 "Jack Ma has integrated Western and Chinese values well in his company," said Ronald Wan, chief executive at Partners Capital International in Hong Kong. "But at its heart, Alibaba is still very Chinese."

Although he is moving away from Alibaba's day-to-day operations, Ma is likely to continue having a big influence on the company and on China's tech industry.

"Given Ma's experience and massive stake in the company, as well as his status as the perhaps the only major Chinese executive capable of effectively representing China Inc. on a global stage, there is little chance that [he] will fade away," said Brock Silvers, managing director for Kaiyuan Capital in Shanghai.

"Especially given today's worsening trade environment, Ma will continue to play a significant role," he added.

Alibaba has already entered its "post-Ma" era, according to Silvers.

"The company is likely to redirect to a more focused strategy, with greater emphasis on near term profitability as it seeks to redefine its core business over the medium term," he said.

The new challenge for Alibaba in the post-Ma age might be to steer it through challenges to the global economic order.

"The US-China trade war and rising protectionism could disrupt the global trading system, which Alibaba and Chinese companies on its platform [have benefited from] in the past 20 years," said Wan of Partners Capital.

"If Alibaba insists on its mission of participating in globalization ... it needs to think how to improve the affinity of Chinese companies and help them get identified with global consumers," he added.

PREVIOUS：How artificial intelligence is taking over our worldNEXT：How much will the iPhone 11 cost? Less than you think