America is now the world's top oil producer, but cracks are emerging

Midland, Texas (CNN Business)By any measure, America's rapid expansion to a record 12 million barrels of oil output a day has been a global game-changer.

In less than a decade, a boom in the country's shale patch added a record 8 million barrels day and made the United States the No. 1 oil producer in the world.

A large chunk of credit must go to the producers in the Permian Basin, a vast expanse of 86,000 square miles that borders west Texas and southeastern New Mexico. That region is responsible for about a third of America's crude output.

At a recent visit to downtown Midland, Texas, often referred to as the capital of shale country, an electronic sign updated the active drilling count to 864, with nearly half of the at work in the Permian.

As the second-largest consumer of energy in the world, America’s handling of the dual energy challenge will set the tone globally.

Scott Sheffield, CEO of Pioneer Natural Resources, embraced the shale revolution early on. After nearly two decades of running, the company has accumulated 680,000 acres of oil and gas territory. 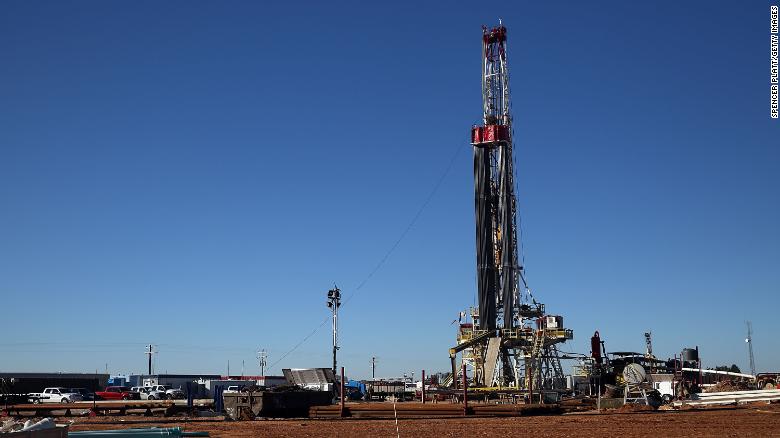 A fracking site in the oil town of Midland, Texas.

"We're at 80 billion barrels recoverable in the Midland basin, and probably the same in the Delaware basin, which is pretty close to what the numbers are in some Middle Eastern countries," said Sheffield, referring to the two biggest fields in the Permian.

According to OPEC's World Oil Outlook, released this week, the shale boom will continue, taking US daily production to a whopping 20 million barrels per day in five years.

This boom has far-reaching implications. President Donald Trump is blunt about his unwillingness to deploy American troops to protect a free flow of crude, especially coming out of the Persian Gulf, which accounts for about a fifth of daily global demand.

He recently declared the US military was "locked and loaded" to strike Iran, but when a brazen attack in mid-September, often blamed on Teheran, against Saudi Aramco's oil facilities did not trigger American military action in the region, many marked that event as a profound shift in US policy. 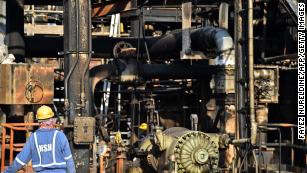 Investors are dumping oil. So why would anyone buy Saudi Aramco?

"If you had told me in 2001, 2002 we would have the world's largest oil processing facility hit by a combination of drones and cruise missiles that may have been fired by a sovereign state -- Iran -- and there would be no military response, I would say that is ludicrous," said Helima Croft, managing director and global head of commodity strategy at RBC Capital Markets.

The US still imports about nine million barrels a day of oil, but it is far less dependent on foreign supplies.

Not only has the shale expansion allowed for growing US energy independence, it's created jobs in America's oil and gas belt and allowed Trump to tout how lower prices at the gas pump have helped extend the country's economic expansion.

While many have focused their attention on America's rise to the world's number one oil producer, unseating traditional heavyweights like Saudi Arabia, the prolific expansion of shale gas has also allowed the US to stand toe-to-toe with energy giants such as Qatar and Russia.

At the Sabine Pass on the border of Texas and Louisiana sits Cheniere Energy's shiny new liquid natural gas terminal. The group spent $12 billion to build the facility after legislation signed into law by President Barack Obama lifted a ban on energy exports in 2015. 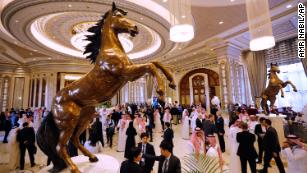 There could be trouble ahead for Saudi Arabia's economy

"If you'll recall, not long ago people were talking about peak oil and gas and the U S was going to become a major importer of natural gas," said Robert Fee, vice president of international affairs at Cheniere. "You've heard estimates of a hundred years of natural gas...that number keeps getting higher and higher" because of technological innovation.

But cracks are beginning to emerge in America's fracking model, as Wall Street enforces financial discipline on the shale patch.

There have been nearly 200 bankruptcies of shale producers in the last four years, with small- and medium-sized producers collapsing under more than $100 billion in debt.

Pioneer's Sheffield, for example, postponed his retirement plans to return as CEO in order to cut $100 million in overhead and lay off 530 workers, or a quarter of his workforce. And he is pushing an internal target of a 15% return on capital deployed after receiving feedback from Wall Street.

"Now they are saying 'slow down, you're producing way too much. You've got too much supply in the US. It's affecting world oil prices and start returning capital back to us,'" said Sheffield.

The market capitalization of energy companies in the S&P 500 has been cut in half over the last four years, as institutional investors move out of the oil and gas sector due to squeezed margins and the threat to the industry posed by climate change.

Although some believe this is a healthy shakeout to extend America's oil and gas boom, three basic options have quickly emerged in shale country: to remain independent by slashing costs and enforcing production discipline, put up the "for sale" sign, or go bankrupt.

Correction: An earlier version of this story incorrectly stated the amount of debt faced by some shale producers.

PREVIOUS：Orders for big-ticket manufactured goods slide 2% NEXT：Elon Musk says Tesla has received 146,000 orders for the Cybertruck since its reveal